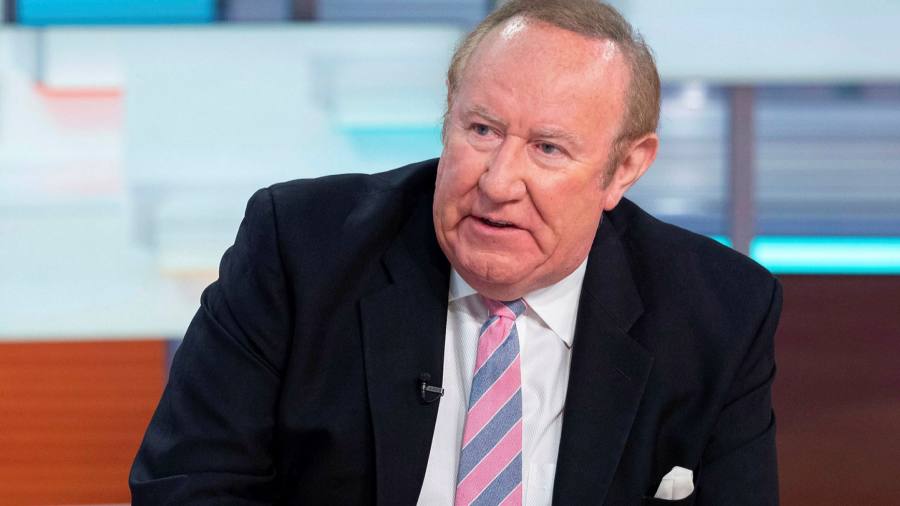 GB News, in one important respect, will never be a British Fox News. When it debuts this summer, the channel will have plenty of liberal-baiting straight talk, but none of the cable TV subscription fees that make Fox News immensely profitable for Rupert Murdoch.

The comparison makes plain the most precarious part of the GB News experiment: its business plan. What really distinguishes this new channel, led by the veteran broadcaster Andrew Neil, is not just its programming but how it hopes to pay its way.

GB News has so far stirred most controversy by squaring up to the broadcasting norms of a UK market that, unlike the US, remains constrained by impartiality rules. The BBC, Sky News and anything vaguely woke are firmly in its sights.

But that editorial gambit is a far from a risky bet. After all, GB News will be offering programmes with an edgier, right-leaning slant to a country that is home to The Sun and the Daily Mail. In some ways Neil is merely bringing the spirit of Fleet Street to the small screen.

Where GB News is really going out on a limb is in its commercial model. At first glance, it looks strikingly old-school: free-to-air, ad-funded television. Given that audiences are falling and most news channels in Europe are lossmaking or state-supported, it raises the obvious question: why?

Murdoch’s clumsy, two-year attempt to launch his own UK news service shows that there is no easy answer. First, he seriously considered investing in GB News, according to two confidantes. Then News Corp hired the American media executive David Rhodes to launch its own version of a news channel. Finally, it scaled back the project to a few low-budget chat shows, streamed online.

As she explained the strategy in an email to staff on Tuesday, Rebekah Brooks, NewsUK chief executive, argued there was demand for “alternative news provision”, but said it would not support a viable television business. Rhodes is off to work on other News Corp projects.

News Corp’s pessimism has fed suspicions that GB News’s investors are more interested in influence than a financial return. It has raised £60m from US media group Discovery, encouraged by its backer John Malone; Legatum Capital, founded by the New Zealand billionaire Christopher Chandler; and the Brexit-backing hedge fund manager Sir Paul Marshall.

But, whatever these investors’ motives, GB News is at least trying to be commercially creative. It wants to keep annual running costs to an implausibly lean £25m, helped by thrifty tech and nonstop talk. Its internal mantra is “rent the news, own the personalities and analysis”.

More important, it doesn’t want to rely on ads alone. Its “community” strategy — basically asking superfans for money — is laid out in a pitch document sent to prospective investors last year, and seen by the FT.

GB News, in its base case, expects £40m revenue in its fifth year. Roughly a third of that is to come straight from 134,000 paying “members” given access to on-air talent, forums and exclusive content.

That member base exceeds the average of 111,000 viewers GB News expects across the day (it aims to roughly match Sky News’s audience share). Executives, in essence, see the business as a digital platform with a TV station attached.

The model is similar to Fox Nation, a subscription-funded streaming offshoot for Fox News devotees. That venture is still testing what a digital future might look like for Fox News if cable television’s decline rapidly accelerates. GB News, as a start-up, will need to make much faster progress.

It is a tall order. But should the membership model work, GB News will benefit from not just predictable revenue, but amplified influence. The GB News founders want to roll out the model to other European countries.

GB News’s arrival will be disruptive for Britain’s two main rolling news channels, which both enjoy solid but indefinite funding guarantees. BBC News draws on the licence fee income, which is under pressure, while lossmaking Sky News depends on generous financial commitments Comcast made during its acquisition. These end in 2029.

GB News, though, faces the harder test. Firstly, trying to match Sky News’s audience from scratch. And secondly, convincing its superfans, and investors, it is good enough to pay for.

When Discovery launched its global subscription streaming service Discovery Plus in December, there was one telling omission: any mention of GB News.

Victor Garber, the actor known for a number of film roles including in Titanic and Argo, and Farah Nasser, a...
Uncategorized